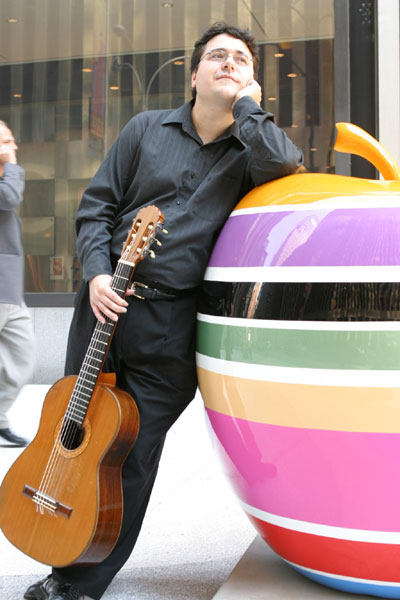 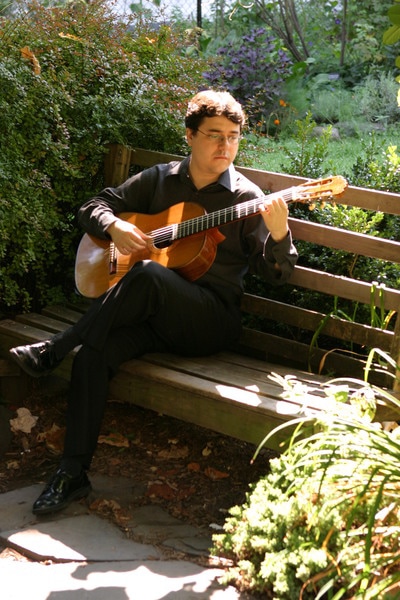 Oren Fader is highly regarded internationally as a performer of classical and electric guitar repertoire, solo and chamber, traditional and contemporary. Mr. Fader has performed in Asia, Europe, and throughout the United States. Concerto performances include the Villa-Lobos Guitar Concerto with the Orpheus Chamber Orchestra, Rodrigo’s “Concierto de Aranjuez” with the New Jersey and Omaha Symphonies, David Del Puerto’s new concerto, “Zephyr”, with the New Paths in Music Ensemble, and the Vivaldi D Major Concerto, with the Manchester Music Festival.

Mr. Fader is well known for his performances of contemporary music. He has premiered or recorded over 200 solo and chamber works with guitar, many as a member of the Award-winning new music group Cygnus Ensemble, including compositions by Babbitt, Wuorinen, Machover, Biscardi, Currier, Naito, and many others. He has worked closely with composers such as Babbitt, Boulez, Carter, Davidovsky, and David Lang. Recent performance highlights include two seasons at the Tanglewood Music Festival, performing works of Carter, Davidovsky, and Chin, and tours around the globe with his chamber group Poetica Musica, performing in Turkey, Azerbaijan, Copenhagen, Iceland, Gayana, Israel, Jordan, and Tajikistan.

Mr. Fader can be heard on over 45 commercial recordings, in repertoire ranging from the 16th Century (Dowland) to the 21st (Carter). He is active in commercial film as well, recording the classical guitar parts for the film, “Everything Is Illuminated,” directed by Liev Schreiber.

Since 1994, Mr. Fader has been on the guitar and chamber music faculty of the Manhattan School of Music.

“His scholarship, technique, and intelligent musicianship are plainly evident and the beauty of his tone is consistently compelling.” Guitar Review Magazine

“Oren Fader, an increasingly prominent guitarist about town, is the guest of Speculum Musicae…” The New Yorker

“Indeed, Oren is a guitarist who seems to have his hand in just about everything interesting. In addition to a prospering solo career, he frequently performs in duos, ensembles, commissions new music, and even tours with the Mark Morris Dance Company.” Nylon Review

“As the soloist for Spanish composer Joaquín Rodrigo’s “Concierto de Aranjuez,” guitarist Oren Fader made a valuable contribution to the program. After a sunny take on its active opening, his expressively played “Adagio” movement took on the vulnerable character of a song of loss or longing while maintaining its bravado, with fine playing from the NJSO….the spirit of the piece and Fader’s fingerwork drew enthusiastic applause.”
The New Jersey Star Ledger

"Anderson and Fader are expert chamber musicians with a perfect sense of timing, virtuosity and a sensitivity to nuance." Guitar Review Magazine

"Damon Ferrante's music is focused and colorful with an unexpected, decidedly poetic touch." The Baltimore Sun